Where Is The Happiest Place To Live

RightMove have just announced this year’s happiest places to live in Great Britain and we are proud to say that Wetherby sits as ever in the centre of the ‘golden triangle’ of Yorkshires’ finest towns. Harrogate was named the happiest place to live in Yorkshire, (and was placed 4thnationally), with York rated 4th happiest in Yorkshire and Leeds 7th. 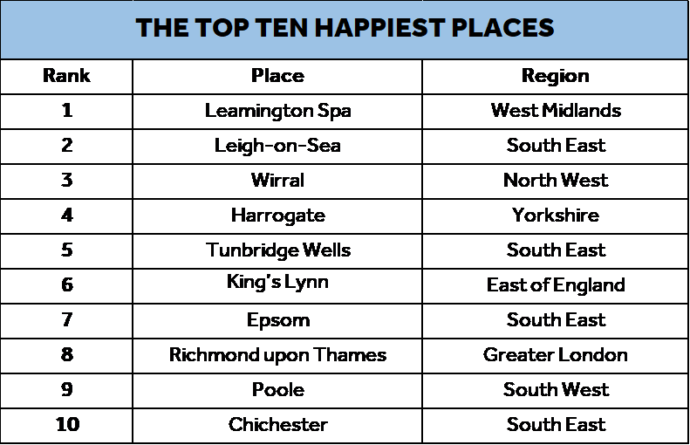 There must be something in the water in Great Britain’s spa towns, as four of them feature in the top ten happiest places to live in Rightmove’s Happy at Home Index.

The town of Royal Leamington Spa has come out top and Harrogate, a winner three times in a row between 2013-2015, is in fourth. Royal Tunbridge Wells is ranked fifth and Epsom is seventh. Other spa towns also did fairly well, with Llandrindod Wells named the happiest place to live in Wales and 12th overall in Great Britain, whilst Cheltenham came 29th and Bath 38th.

Leamington Spa scored particularly high for friendly neighbours, a strong sense of belonging, a place where locals feel they can be themselves and good access to nature and green spaces.